What’s on at the Band Stand

Live Music at the Bandstand – sponsored by Fresh Radio

With the restoration of the Band Stand complete, live music will return to the Royal Pump Room Gardens’ stage. 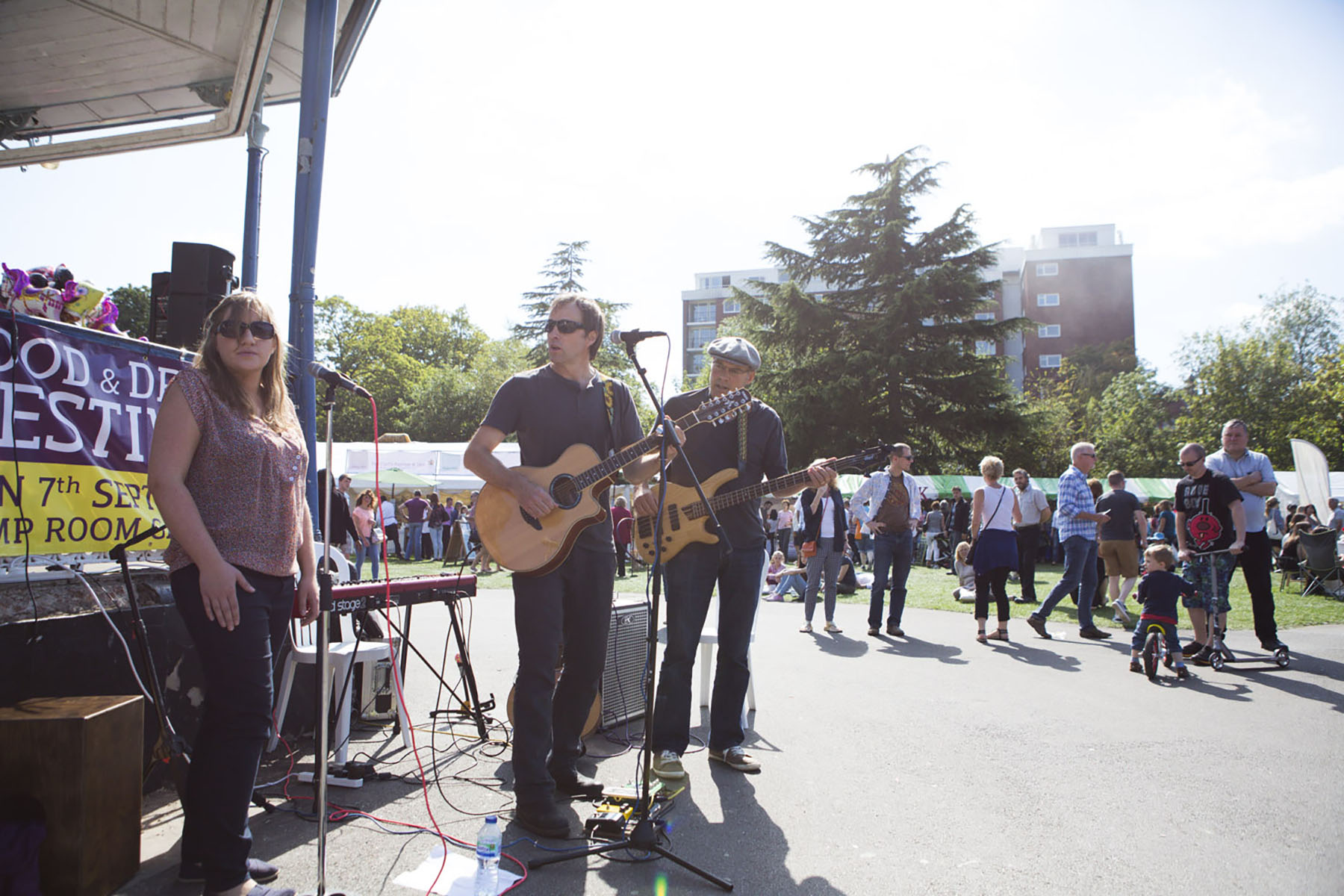 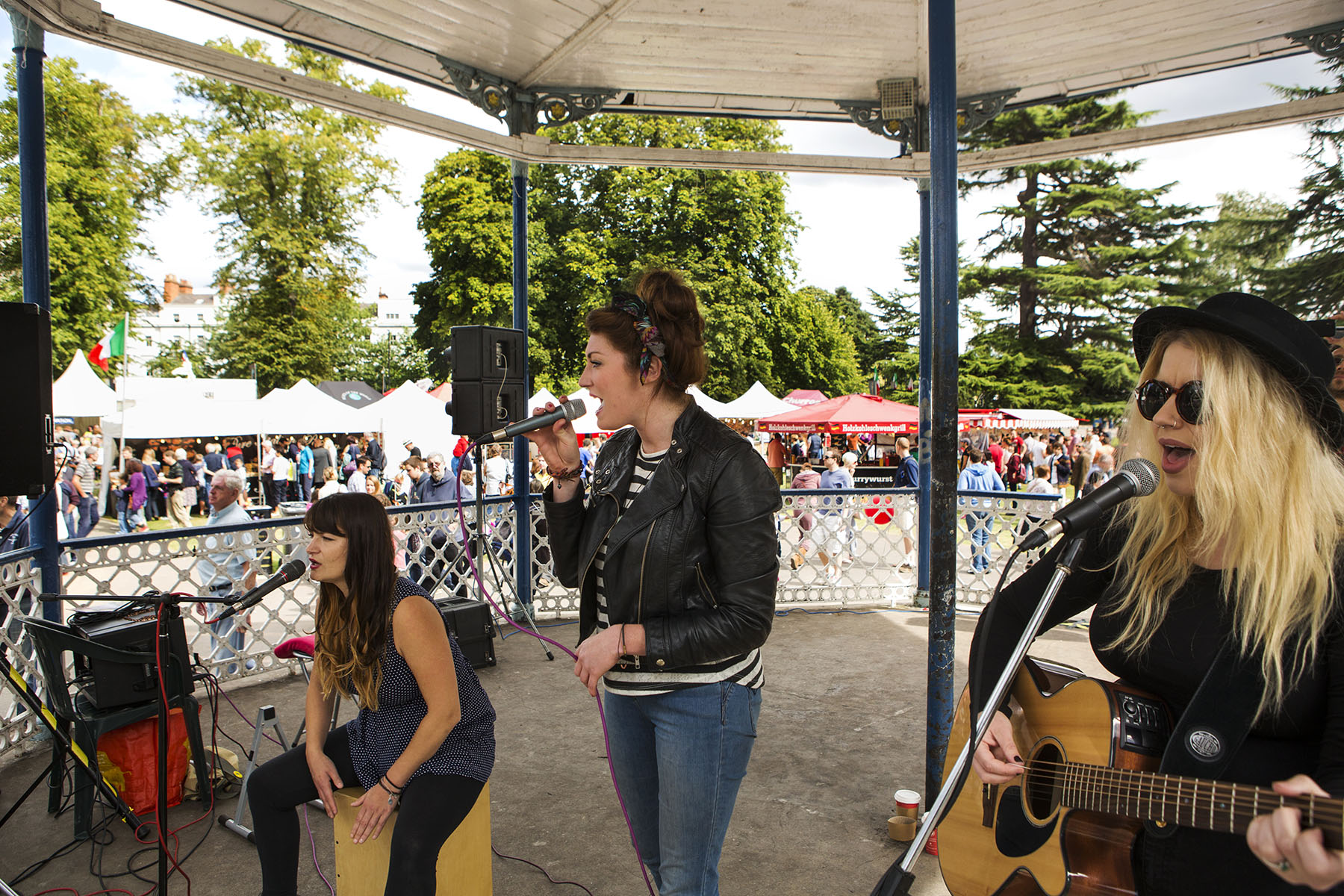 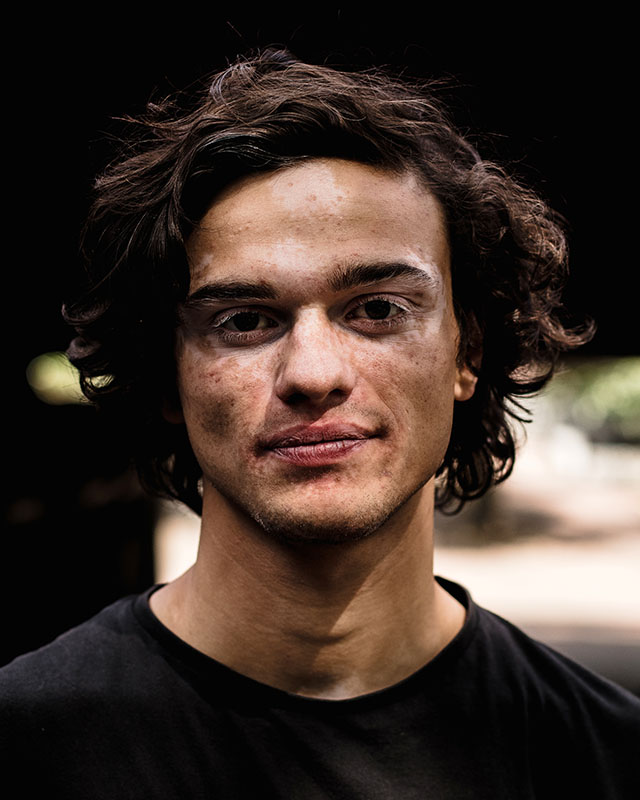 ‘Sometimes we can feel like there is no escaping the situation we find ourselves in. Luca FD, a singer-songwriter from Warwick, finds his creativity in these most complex of emotions. Ambling through the Warwickshire countryside he finds the inspiration for his intricate songs. His unique, classically trained voice is the focal point and has carved him a position of one of the sharpest young musicians and songwriters on the circuit.’ 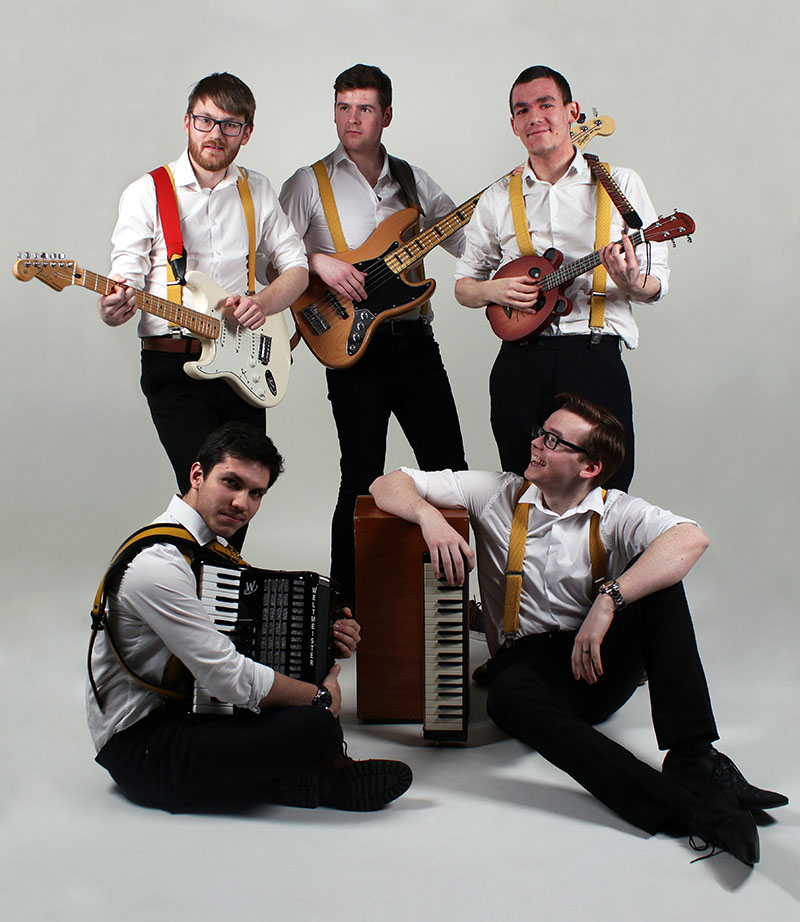 The Upsiders are a funky five-piece taking the West Midlands by storm, with their unique sound and unusual instrumentation! Since starting their career busking on the streets of Coventry, the band have made their way around Coventry, Warwickshire and beyond, including opening Coventry’s 2Tone Taxi with Neville Staple, playing the 2017 Coventry Christmas Lights switch-on and rocking Godiva Festival 2018.

Following the release of their eclectic debut album, ‘Songs From All Corners Of The Universe’, naming them BBC Cov & Warks’ Band of the Month for June, The Upsiders went on to win Godiva Calling, securing them a spot on the main stage at Godiva Festival 2018! 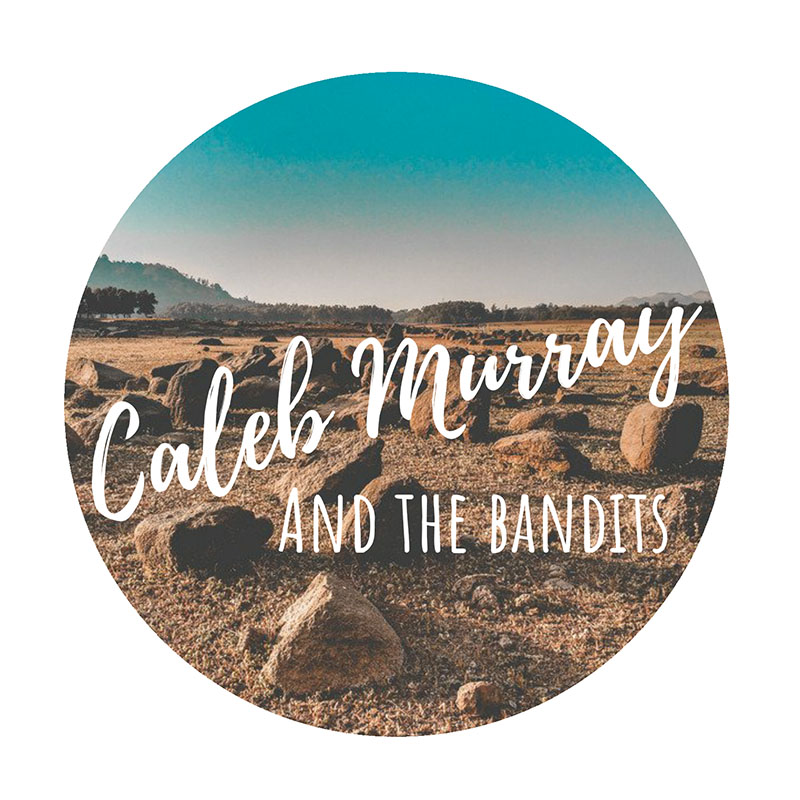 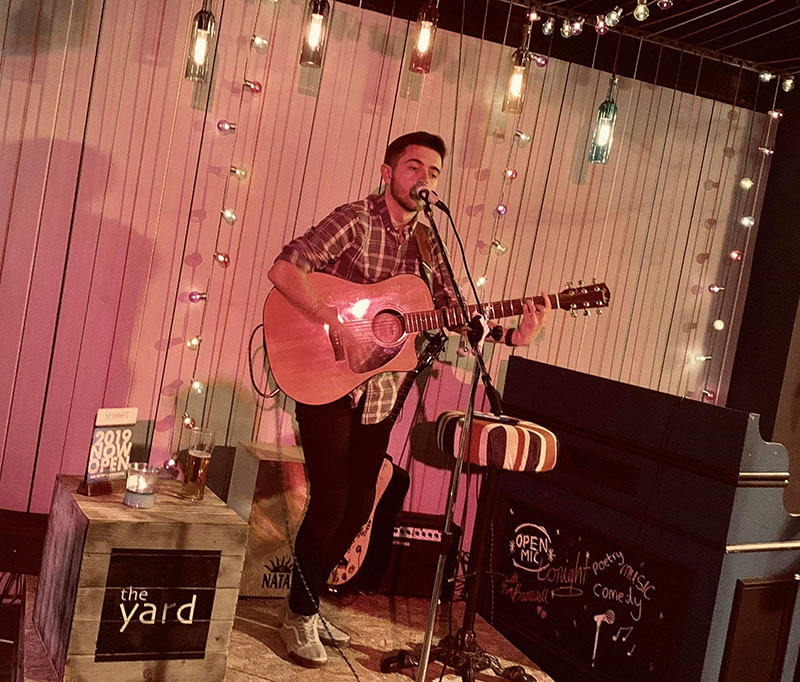 I am a part time acoustic musician who has been playing pubs/bars in and around Coventry for the past 5 years. I sing and play a variety of songs from the 60s to the present day. Accompanied with my loop pedal I aim to please the crowd to get them singing and dancing! 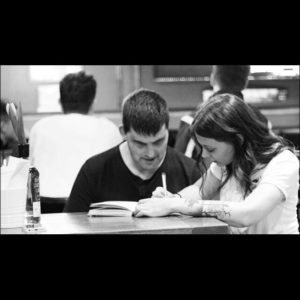 Blind Faith is a duo consisting of a blind pianist and female vocalist. We have been playing together for 2 years now and have just released a new video for our single ‘I’ve Waited’. We love what we do, and hopefully you will too! 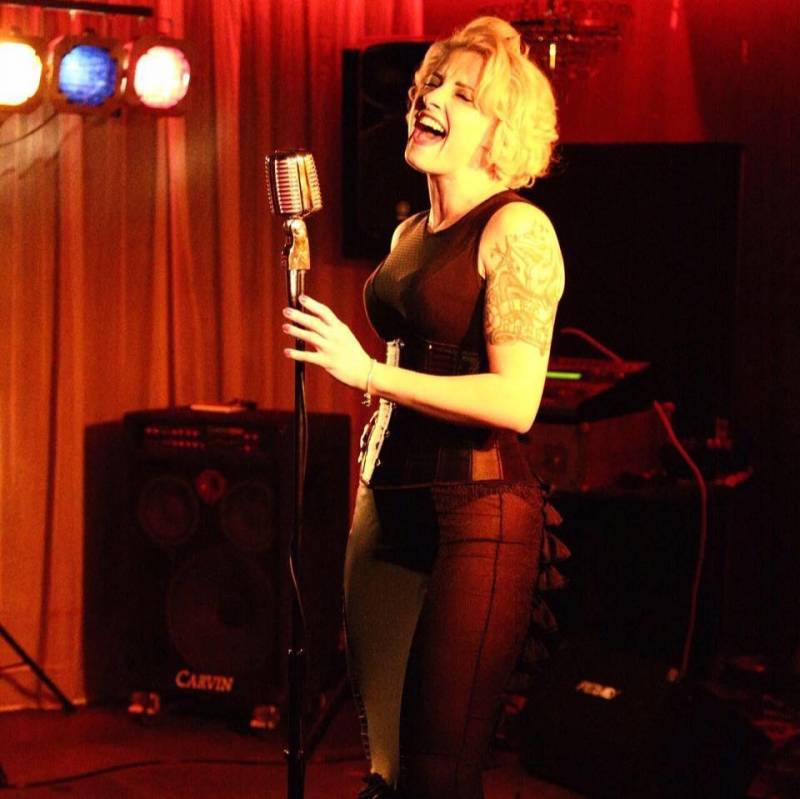 Based in Warwickshire Titine has a large repertoire sometimes travelling through four decades of some of the best and well known, jazz, blues, swing, soul, pop, rock and roll, rockabilly and country songs. There is always something for everyone to enjoy and have a little boogie to. 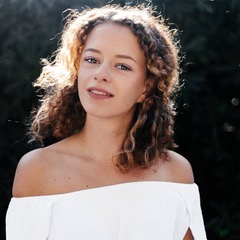 Naomi Beth is a singer/songwriter with a passion for mental health and empowerment. Her first EP ‘Parallel Lines’ was recorded locally with ’Stonebear Records’ and is a reflection on growing up, first love and first loss. Naomi was born in Leamington, graduated from the Institute of the Arts in Barcelona at 21 and since has been playing live music, hosting a fortnightly radio show with ‘Abbey FM’ about mental health and the arts scene in the cov/warwickshire community and teaching ‘arts’ in refugee camps across Greece with ‘Happy Caravan.’ Her Instagram is @Naomi.bethh 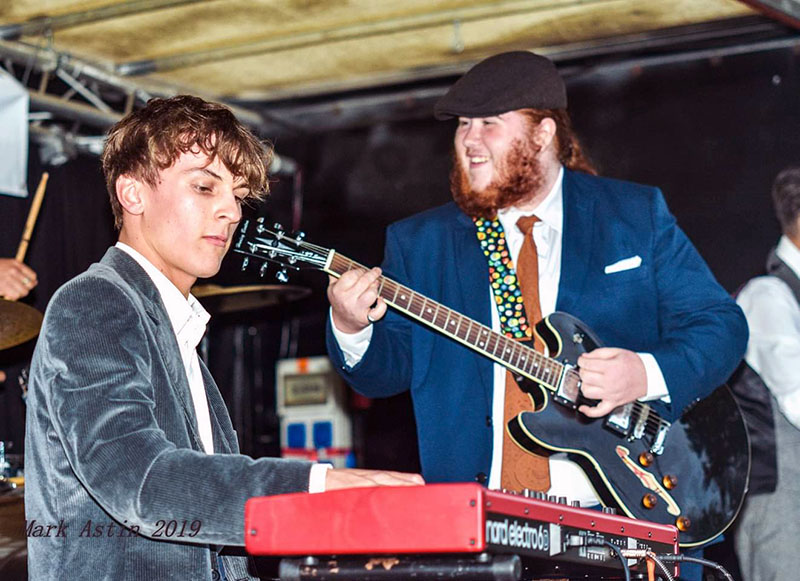 They’re currently touring their debut live album “Hate On Me – Live In Stratford”.

Led by 18 year old guitarist and vocalist George “Big Ginge” Smith, The Big Ginge Blues Band is compromised of revered bassist Mike “Mighty Mike” Powell, Tom “Dr Funkenstein” Stephenson on keys and Chris Forrester on drums. As an evermore popular blues band who are making a name for themselves on the scene, they have been described as “loud, gritty and burning with energy” by reviewer for SLAP magazine, Graham Munn.

BG and the band want to do nothing more than play to a good crowd and put on a stand out show that displays and showcases this wonderful genre of music. The material they display ranges from old and new, appealing to range of target audiences. Not only do they cover the classics of legends such as B.B. King and Bill Withers, along with some more in depth artists such as Bobby “Blue” Bland and Luther Allison, they also present a growing repertoire of popular originals, which add a unique quality to the ‘jam band’ style of playing that is part of their identifiable sound and their music as a whole. They have been given the privilege of spreading the blues around in many forms within their ever growing popularity, for example having been given the opportunity to support some of the most well known and respected blues artists on the scene today like the legendary Bernard Allison and Sari Schorr. 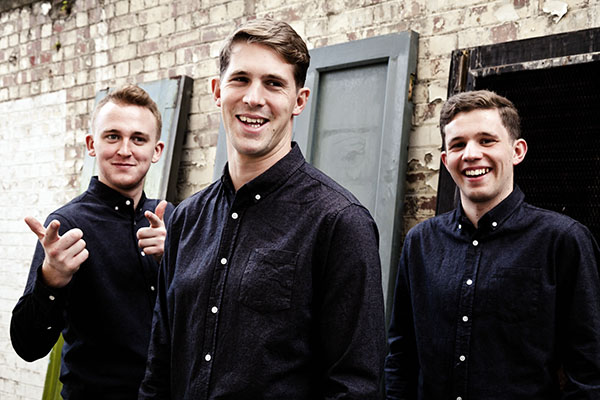 Chasing Deer are creating a real buzz with their catchy and upbeat pop songs, through writing, performing and living music full-time in London. With polished vocals & harmonies reminiscent of The Beatles and artistic inspiration of David Bowie, enjoy listening to Chasing Deer! 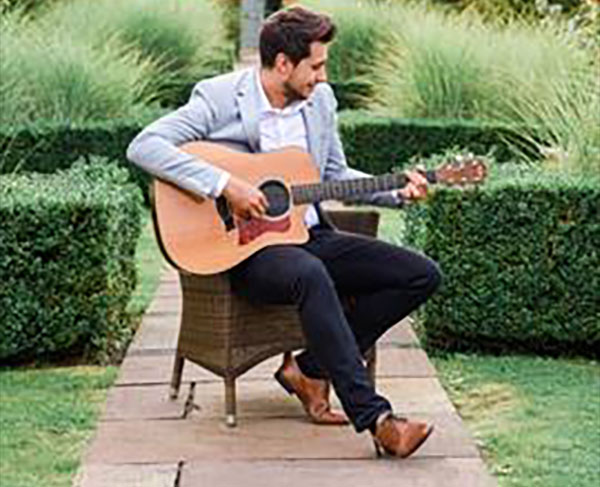 Matt Bate is a local singer, guitarist who plays his live music internationally. Matt performs feel good happy music and his  music videos are available to watch on YouTube & he performs for many weddings & private parties each week. If you are looking for a live musician, Matt can help! 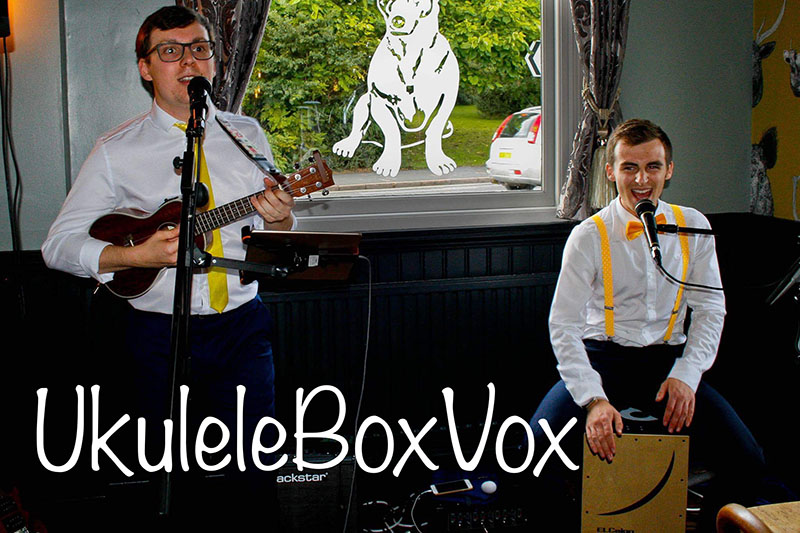 UkuleleBoxVox are a high energy pop cover duo. They play a mix of songs from across the years but always put their own stamp on it! They pride themselves on having fun whilst they play and always enjoy interaction with the audience. If you enjoy a bit of cheese, you’ll enjoy these.